Today I was given the smoke machine that we tried to use at a gig a few months ago where it tried to burn down the hall. Thankfully it only burnt a hole in the floor a bit.

So I am going to try and repair it as the only problem seems to be with the heat exchanger(Al structure fully melted and in a puddle in the bottom of the case) and somewhere in either a relay that controls the heating element or the temperature probe. My gut feeling is that the temperature probe is to blame and hopefully I can find a way to test it(perhaps with the oxy-acetylene torch from school). When checked with a multimeter the temperature probe gave a reading of between 0 and 3 ohms at room temp (about 30 degrees C) and a voltage reading of 0V(2000mV scale). If it were a thermistor I would expect the resistance to be somewhat higher and if it were a thermocouple I would expect a higher voltage(from a little reading on Wikipedia). 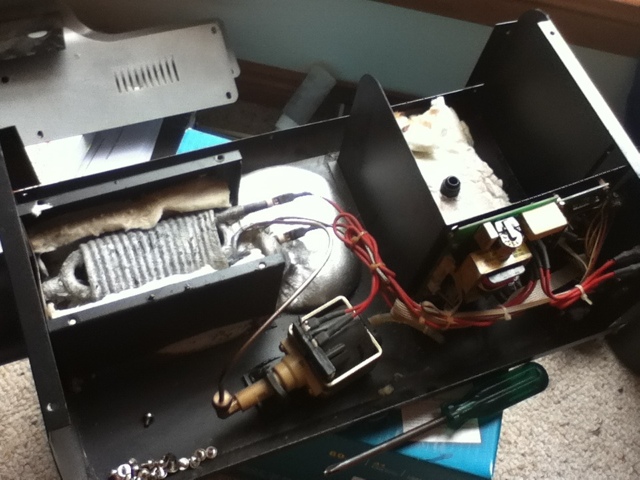 Here is a good overview where we can see the piping that was inside the heat exchanger and the Aluminium that made it up all spread out. 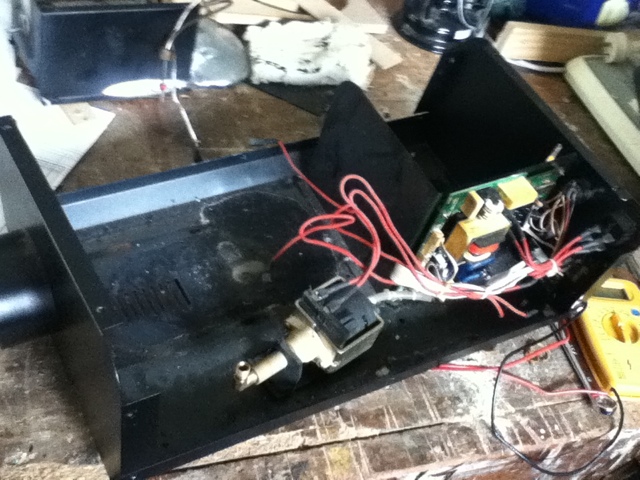 A view with the heat exchanger unit removed from the case. 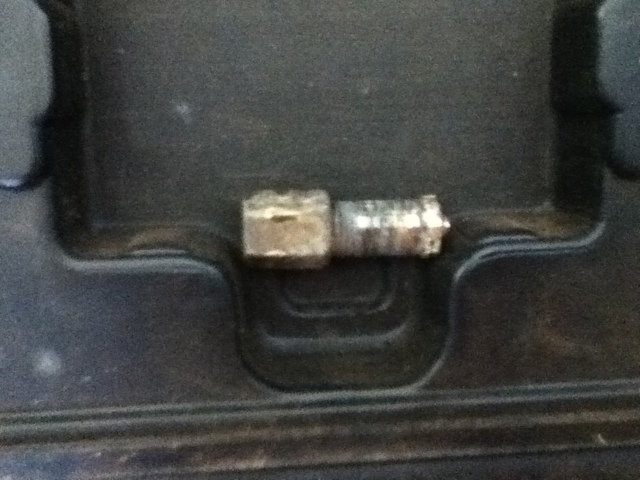 The nozzle(I did mangle it pretty badly when trying to remove it and appear to have shorn through the silver solder(?) that held it onto the end of the smoke pipe. 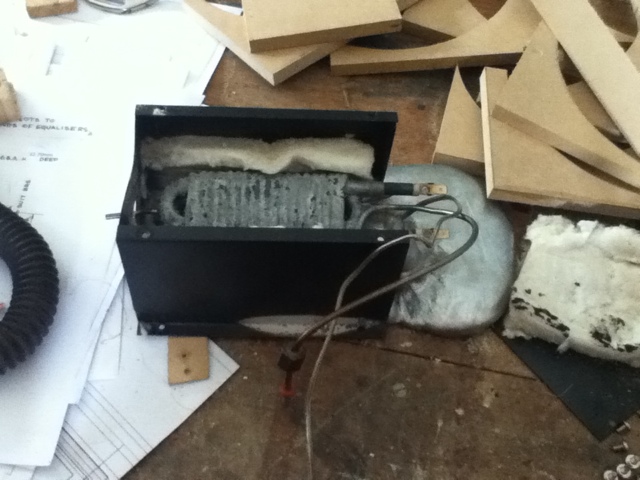 The heat exchanger module. Here you can see the coils of pipe to carry the fog juice, the horizontal heating element and the puddle of solidified aluminium from when it overheated. 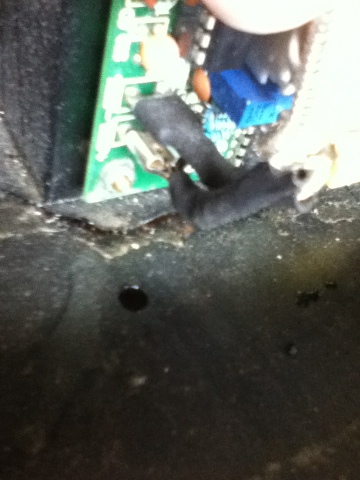 Just a quick picture to remind me which way to connect the temperature probe. It appears to be polarised which makes me think it's a thermocouple. If it is a thermocouple and a wire has broken from repeated heating/cooling cycles then that may explain the lack of voltage and the lack of voltage would explain the amount of heat applied to the heat exchanger when it overheated.